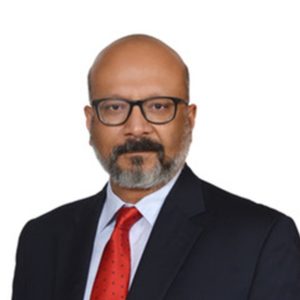 Vivek is is the Chief Executive Officer of AfIDA. He advises start-up clean energy developers in Africa and Asia and development finance institutions on investment policy issues, and serves in non-executive roles such as the Independent Investment Committee Member on the Clean Energy Transition Fund for Turkey and South-Eastern Europe managed by Crescent Capital of Turkey.

In a career spanning nearly thirty years, he has co-founded and led three renewable energy developers in India, CEE and USA, and prior to this held senior project finance roles at ING Bank, Enron Europe Limited, Edison Capital Europe Limited and Bank of Scotland (last as Global Head of Energy & Utilities). He has financed several innovative and first-of-a-kind power and renewable energy projects in over thirty countries around the world.

He holds a MBA from Rotterdam School of Management (The Netherlands), and MSc (Instrumentation) from BITS, Pilani, India

The ultimate objective of the AfIDA is to create the capacity to foster and develop market norms across the Project Development spectrum.

Go to top of page